Get fresh music recommendations delivered to your inbox every Friday.
We've updated our Terms of Use. You can review the changes here.

all the way from AMERICA 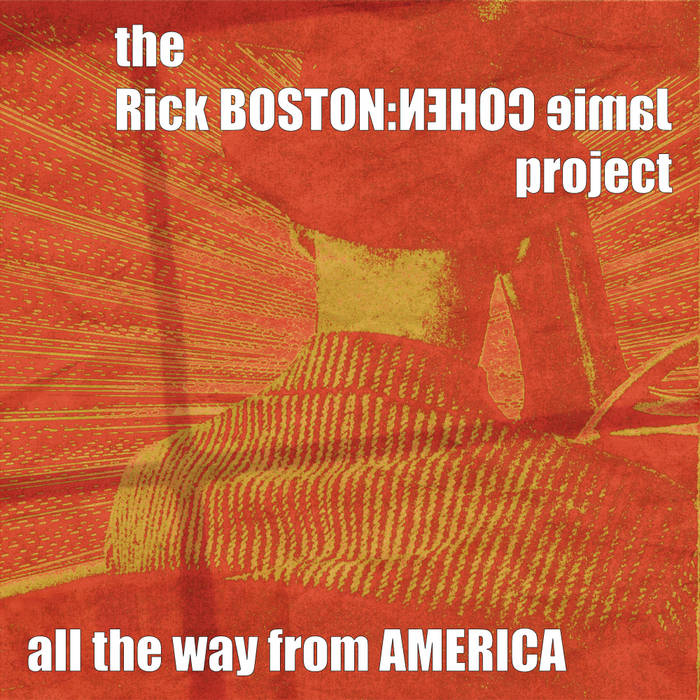 Project Update 2009: As we readied this project late summer ‘08, weeks away from release, Jamie Cohen died suddenly September 11th 2008 of a massive heart attack in Austin TX. We believe these tunes will prove a testament to the creativity of and stand as a tribute to Jamie Cohen, a man who not only recognized talent and creativity in others but within whom the creative spirit soared. HALFPIPE will re-release all the way from AMERICA in honor of Jamie at the one year anniversary of his passing.

Rick Boston and Jamie Cohen are two longtime music vets who collaborated for the first time on this digital-only EP, All The Way From America.

Rick, a former member of Low Pop Suicide, Hand Of Fate and The Januaries, has played with and/or produced Rickie Lee Jones, Alice Cooper and P.J. Olsson.

Cohen, who grew up in the business, (his father owned a nationwide chain of over fifty Disc Records and Zebra Records music stores and was for a time president of NARM) a onetime A&R exec who signed and/or discovered The Red Hot Chili Peppers, Human League, Madness, The Thompson Twins, The Pet Shop Boys, UB40 and more. Worked with Bootsy Collins, Taj Mahal, Aretha Franklin, Carlos Santana, Ringo Starr, Chet Baker, The Grateful Dead and too many more to mention.

When Rick and Jamie got reacquainted after years of not seeing each other, Rick was inspired by Cohen’s stories, including drunken trips to Ireland to hook up with Van Morrison and acid trips at the Pentagon. Boston suggested that they record some of these stories, and that’s what appears on All The Way From America.

“Levitate” tells the real-life tale of then-15-year-old Jamie Cohen’s trip to Washington, DC, to protest the Vietnam War. As the story goes, a get-together was organized by Abbie Hoffman, Jerry Rubin, Allen Ginsburg and Timothy Leary that day to gather enough people to surround the Pentagon, arm and arm, and do a group meditation to try and raise the building off the ground using only their minds.

Club mixes by Kiran Shahani of Bitter:Sweet and Supreme Beings Of Leisure, The Newton Brothers, Kathie Talbot and DJ True:129.

all the way from AMERICA was recorded at the Bosstone Studio in Venice, CA

Bandcamp Daily  your guide to the world of Bandcamp

Trevor de Brauw of RLYR and Pelican stops by for a chat, plus a tribute to the late Trevor Strnad